Disclaimer: this was written before Amanda Taylor posted her Halloween Costume Anxiety post. We got a good laugh at the irony.
I have been struggling with a major case "No Halloween Costume Anxiety" lately. It came on quite early this year. It doesn't usually kick in until it is 2 weeks before Halloween and I haven't put any serious thought in. I think the reason that it came on so early this year is because I not only have to worry about ONE costume, I have to think of TWO costumes. Couples costume!
So, I'm picky. I just love dressing up so much! I don't want to be something too cliche.

{football player & cheerleader-we won't mention that Mike for real suggested this when I asked him.}

Nor do I want to be something tacky. 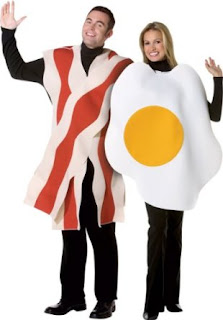 {bacon and eggs-come on, really?}
I've never had a desire to dress up as something scary. I was a witch in 3rd grade and my mom made me wear this hideous fake witch nose to school. I took it off the second I walked in the doors. Little did I know, my mom decided to come watch the costume parade and she yelled at me to "put on the nose!" I was mortified. Now that I think about it, that's probably when my nose complex started! Thanks, Mom.
Anyway, I thought I would take a trip down memory lane- Halloween Edition. Maybe to get the creative costume juices flowing. 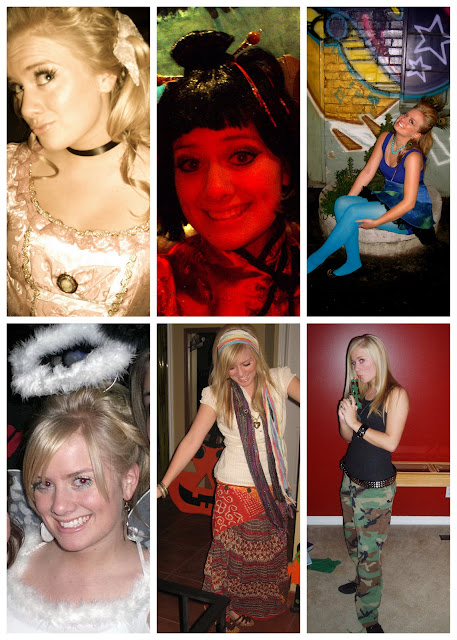